If you’ve been reading about web3, crypto, or blockchain lately, chances are you may have come across the word “DAO.” DAO stands for decentralized autonomous organization.

Here’s the chance to learn everything you need to know about DAOs from Cooper Turley (@Cooopahtroopa). Cooper is an operator, investor & thought leader in the quickly evolving DAO ecosystem, with 5+ years of working in crypto.

TL:DR; Don’t have 30 mins to watch the full conversation? Check out the highlights from Cooper’s talk below.

What is a DAO?

A DAO (decentralized autonomous organization) is an internet community with a shared bank account. As Cooper notes, the word DAO is more of an ethos than it is a technology standard. A DAO is basically the intent to share value among those who create it.

A DAO can be as small as three of your friends putting $10 together to buy dinner somewhere, to an organization as large as a thousand people managing billions of dollars in a Defi protocol.

According to Cooper, DAOs have come to be a sort of crypto native LLCs. If you're going to create a startup in the crypto world today, you’re essentially creating a DAO.

How does voting work in a DAO?

Voting rights in a DAO come from the ownership of tokens. For most DAOs, the standard is that one token is equivalent to one vote. These tokens can be either earned from activities or bought by contributing money to the treasury (the treasury is basically the community’s bank account, held in an ETH wallet). The more tokens you have, the more voting rights you have.

What is the difference between off-chain and on-chain voting?

First, we need to understand what off-chain and on-chain voting means.

When people say “on-chain voting,” this means every vote by every person is recorded on the blockchain, regardless of whether or not the proposal passes. For a block to be added to the blockchain, “miners” (computers running software) use their time and computation power to process transactions and produce. This is why it costs money to vote “on-chain,” because there are energy and effort costs to making the transaction happen. (Read more about mining here.)

Off-chain voting means that every individual vote is not recorded on the blockchain. Most DAOs initially start with an off-chain voting system in which members use a platform like Snapshot to vote on proposals. Once the vote is complete, a group of trusted people (usually early members of the DAO) are in charge of pressing the button that executes the transaction on the blockchain to reflect what was voted on. As a result, off-chain voting is not completely decentralized as there are people who have more power than others. Voting this way means that each person in the community does not need to pay gas fees each time they submit a vote on a potential proposal. This is attractive because gas fees can become expensive, anywhere from $10 to $100 to execute a transaction.

While most DAOs start with off-chain voting, as DAOs grow in size and scale, the voting method often switches from off-chain voting to on-chain voting. Especially if the DAO grows to the point of managing hundreds of millions of dollars in capital, the gas fees (the cost of voting on-chain) are worth the spend for the benefit of keeping voting completely decentralized.

What are people using DAOs for?

Today there are DAOs for everything from suppers club (dinnerDAO) to social clubs (Friends With Benefits).

Cooper notes that when he first started getting involved with DAOs, many had the sole purpose of giving grants. People would pull money together into a Treasury and then allocate funds out to people who needed it, whether they were founding startups or needed money to travel to different events. The entire intent was to give the money away, with no expectation of profit.

The use cases have evolved since those days. Currently, many people are joining DAOs to pool money together to buy things together as a community that they couldn’t purchase on their own.

Cooper is personally fascinated by two types of DAOs that are increasing in popularity: Social and Service DAOs. A Social DAO is created for the sole purpose of connecting members who own tokens, essentially creating a paid online community. A Service DAO could be described as a freelancer collective, whose members come together to do work on crypto projects in a decentralized way.

How can someone join a DAO?

Oftentimes you can join DAOs for free when they initially start. For example, in a community called Forefront, you can join the Discord server without tokens. But if you want to be part of the curation community that's listing new projects, you have to buy tokens to get into a private access channel.

Generally, you'll notice that DAOs provide more value to their members when there is some form of buy-in to participate. The requirement of contribution, be it in the form of capital, effort, or time, adds a level of trust between members.

What’s the difference between a DAO and a vault?

Cooper believes it comes down to the intent to share value. A DAO is a community pooling funds together with the goal of having the funds governed and shared by the community. It’s transparent, because you can see who contributed, how much they contributed, and how the money will be used. If there isn’t an intent to share value or it’s not transparent, it’s most likely a vault.

What’s the future of governance in DAOs?

When DAOs start, the vast majority, if not all of the proposals, are handled by a few core contributors. Over time, it becomes easier for other people to start making their own proposals.

Cooper believes the success of a DAO is directly correlated to how clear and concise it is to make a proposal, how willing people feel to step up into a role of drafting one, and how competent they are at executing the actions on behalf of proposals that are passed.

Cooper’s biggest surprise is that people care deeply about governance. Cooper has found that community members want to be involved in every aspect of the decision-making process, from proposal drafting to executing the decision.

One thing to note is that transparency is vital for successful DAO governance. If you’re making a proposal, give your community members ample time to comment on something. When it comes time to bring a proposal to a vote, make sure that you're communicating that so people can submit their votes and be involved to the extent they want to be.

In Cooper’s words, the more you humanize the governance process, the more likely people are to step up and vote.

What is preventing widespread adoption of DAOs?

According to Cooper, there is more to be done in terms of onboarding and multiplayer tooling.

In terms of onboarding, currently you need to be crypto savvy to join a DAO. You have to know how to set up your crypto wallet, how to get into the Discord, how to use Uniswap, among other hurdles. Anything and everything that makes the process to get deeply involved in a DAO easier is good for the space as a whole.

Regarding multiplayer tooling, people want to contribute and buy things with their friends. How do you make it clear and easy to use? Cooper says we've just scratched the surface on what this looks like and could look like in the future.

How can you get involved in DAOs today?

Right now Cooper is seeing people around the world transcribing town halls, proposals, and processes to bring transparency across DAOs.

He finds it incredibly helpful for there to be records of what is working and what is not because so much is happening all the time. Communication is key to successful DAO governance.

To quote Cooper, the more that people dive in and help spread this ethos [of transparency and teamwork], the more successful these groups will become.

Want to get involved with a DAO?

Join Upstream's NFT Community to be a beta tester for our DAO product launching very soon! Request to join here!

Many thanks to Cooper Turley for joining Upstream to talk all things DAOs. Stay connected with Cooper on Twitter at @Cooopahtroopa.

Cooper is an operator, advisor & thought leader in the fast evolving DAO ecosystem. Currently a partner at Variant, first-check crypto fund investing in the ownership economy, Cooper sits at the intersection of culture and crypto. He has spent the last 5 years in crypto, working on projects such as Friends with Benefits, Forefront, Seed Club, & many more. 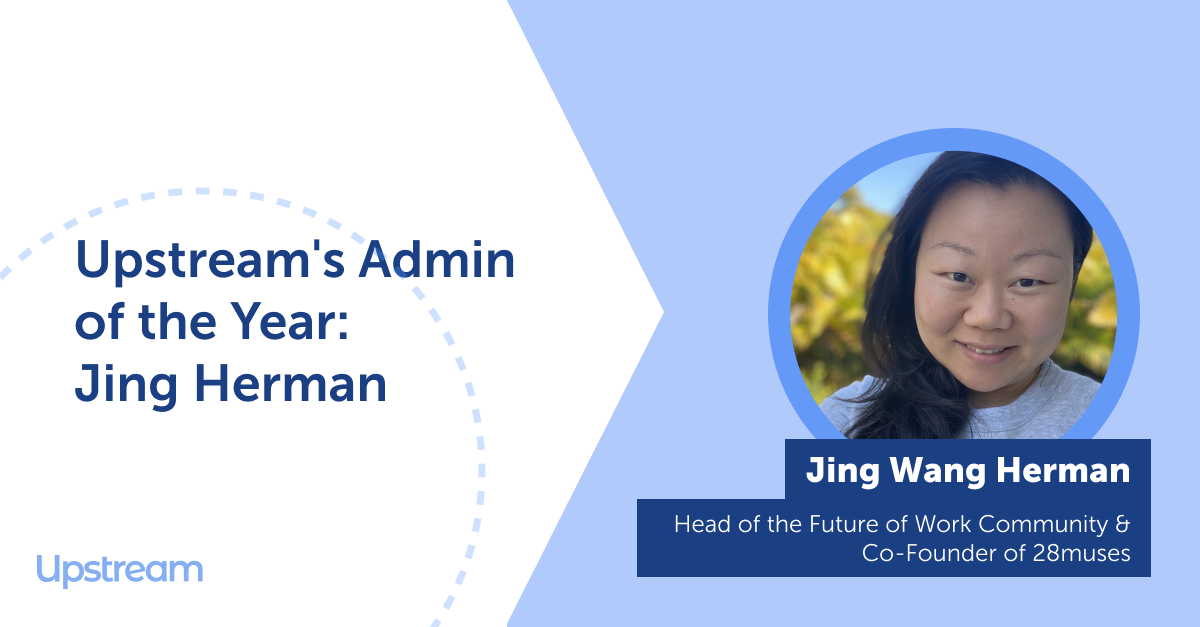 We’re excited to share that our Upstream Admin of the Year is Jing Herman who founded the Future of Work Community. 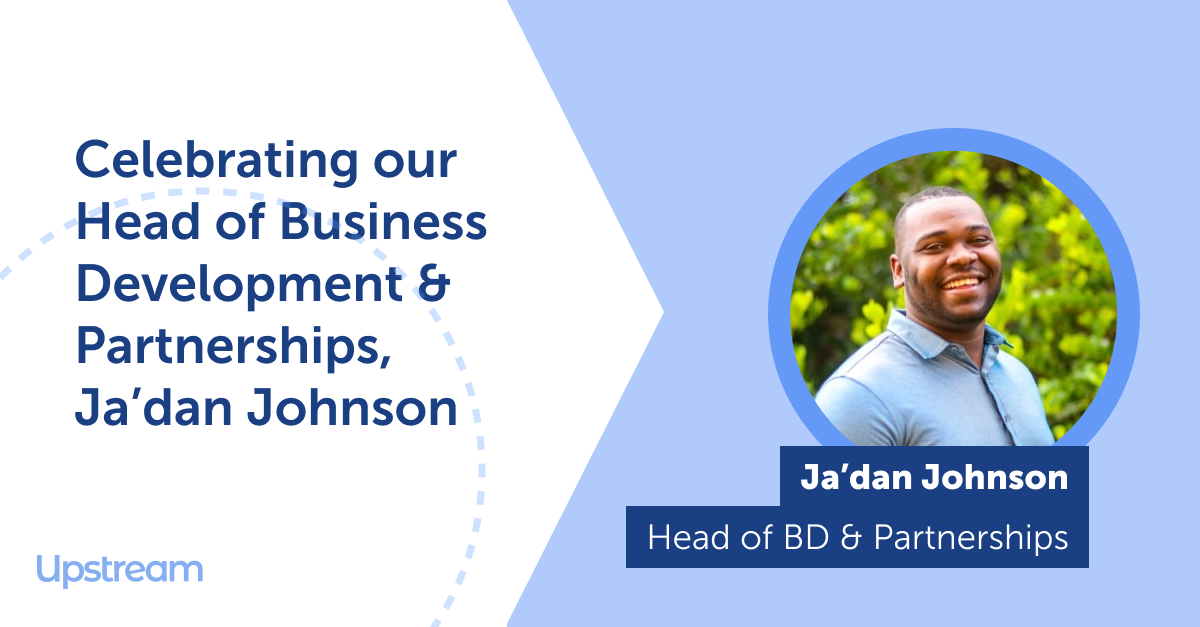 We’re elated to announce that Ja’dan Johnson has been promoted to Head of Biz Dev & Partnerships at Upstream. 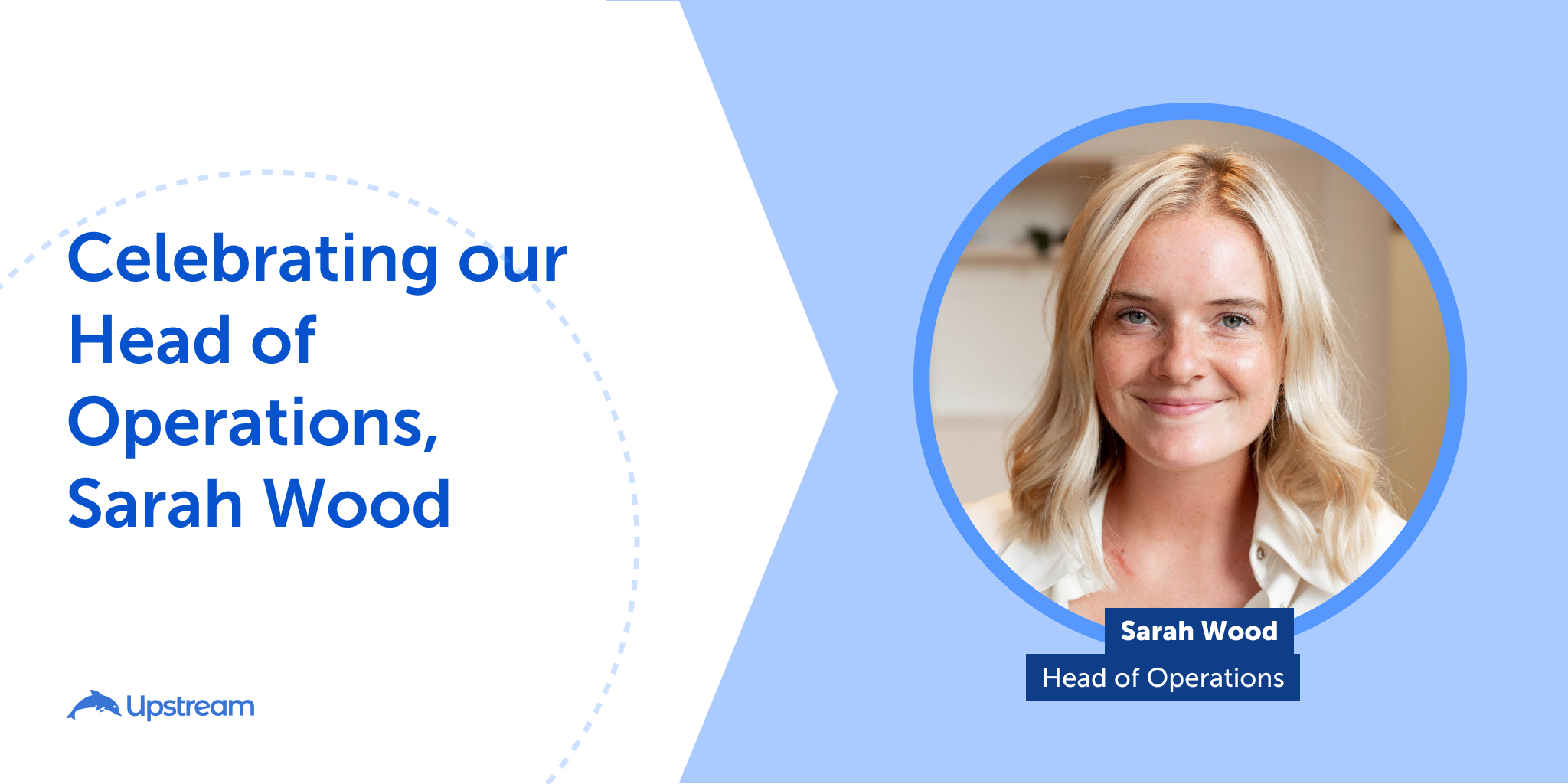 We’re excited to announce that Sarah Wood has been promoted to Head of Operations.